The goals of Gunnison County is to reach a level of environmental sustainability through use of alternative forms of energy, lowering of emissions, and use of energy efficient equipment. Various projects and information on those goals can be found below.

The County has been working to reduce energy use and lower emissions from operating County facilities in a step-wise manner. 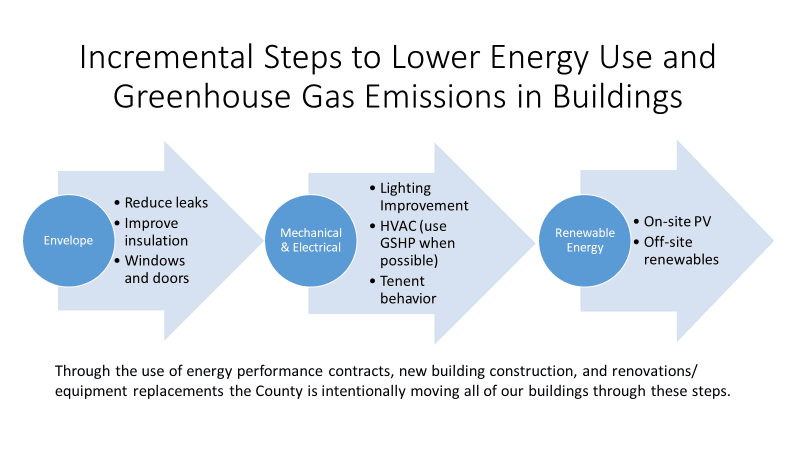 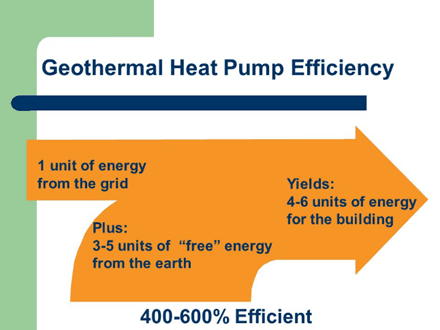 Ground source heat pump systems, commonly called geothermal systems, are highly efficient all-electric heating and cooling systems. These systems offer an opportunity to not only save energy used in buildings but are all-electric, so as the grid becomes cleaner the emissions reductions will improve. Also, buildings that are all electric can utilize roof-top photovoltaic (PV) solar arrays to directly offset energy use. 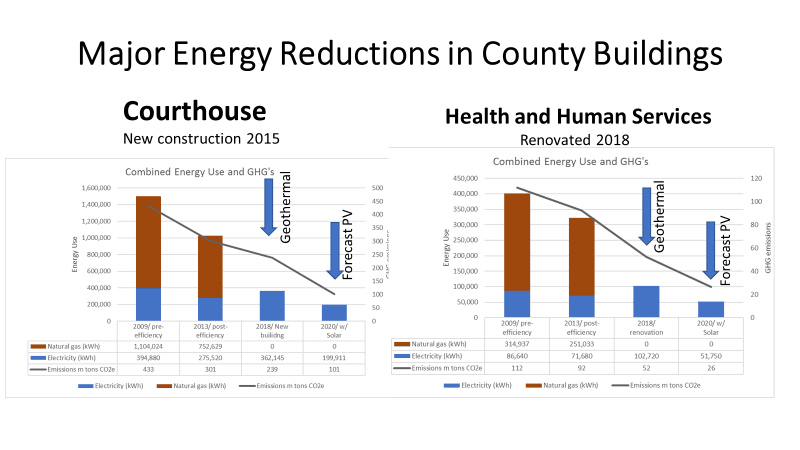 Over the summer of 2020 solar panels were installed on 6 County buildings totaling 308 kW. These buildings peak energy use is during the daytime when the solar arrays are producing so the energy produced is directly utilized, reducing purchased grid energy. 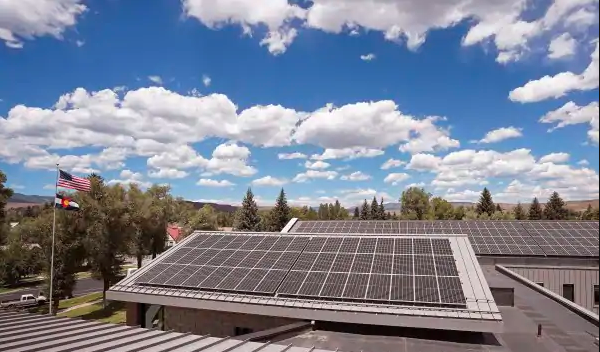 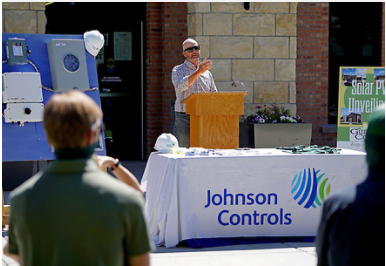 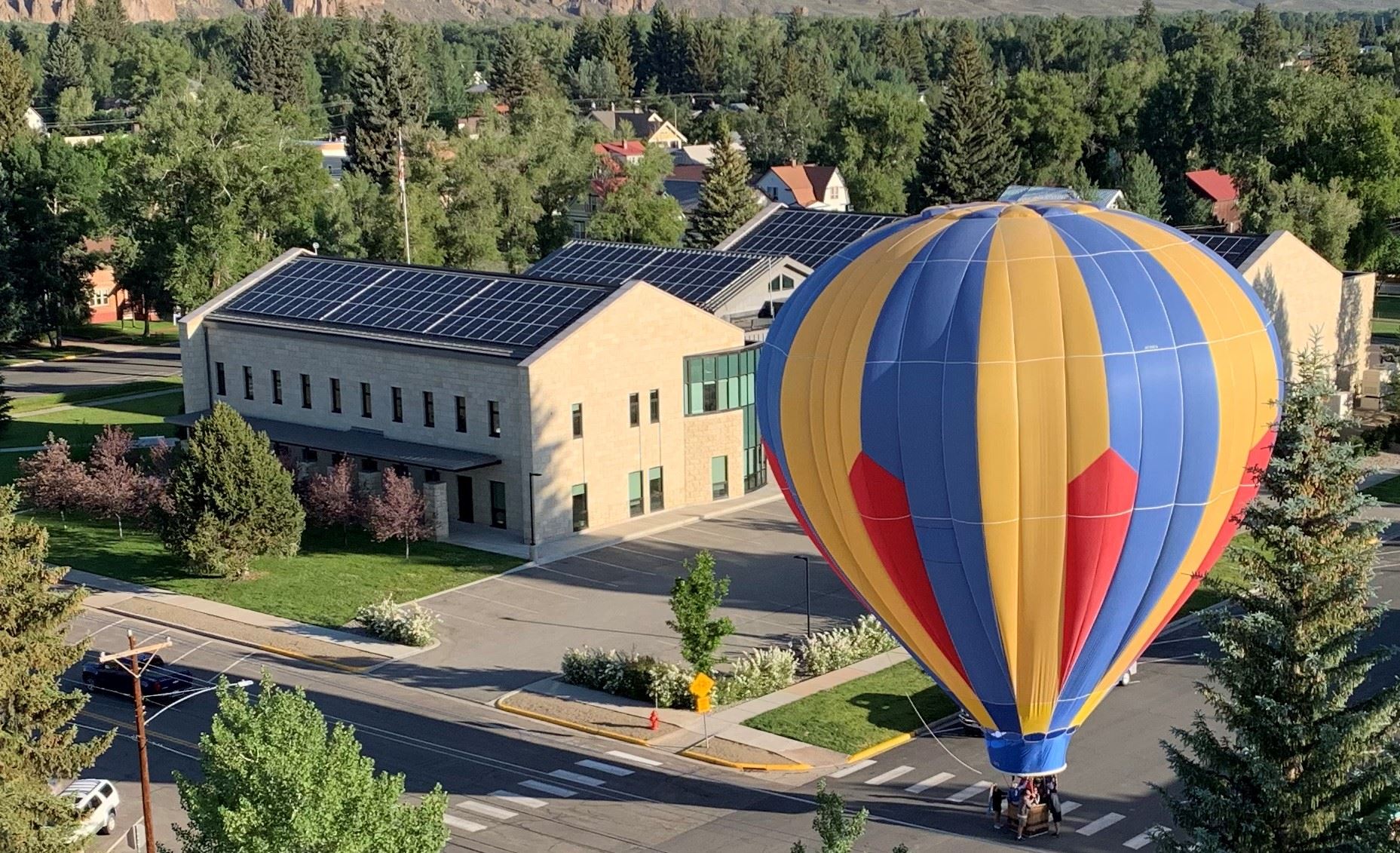 In 2017 a compressed natural gas (CNG) station was built in Gunnison. The station was made possible through a grant from the Colorado Energy Office and a fuel purchase agreement with Gunnison County. CNG was selected as an alternative fuel for the County fleet as well as the RTA bus fleet after thorough investigation including a fuel wells-to-wheels analysis of greenhouse gas emissions that included diesel/gasoline, electric, and CNG which was completed by Dr. Chavez and the Community Solutions Incubation + Innovation (CS2I) Lab. Utilizing the data from the analysis the County and RTA assessed the fleet and determined that the most progress reducing greenhouse gas emissions immediately would be achieved utilizing CNG in vehicles that consumed the most fuel in the fleet and that the use of renewable natural gas (RNG) would further reduce emissions. Renewable gas is derived from organic sources that emit methane as they decompose, gas that may otherwise be released into the atmosphere is captured and piped into natural gas pipelines. Gunnison County has negotiated the purchase of enough RNG to supply fuel for a portion of the fleet.

CNG is being utilized in vehicles where electric alternatives are not yet able to meet the fleet's requirements like the RTA's buses which have a very high duty cycle and operate a long route in cold conditions, or light trucks that must have long ranges to reach remote areas of the County. 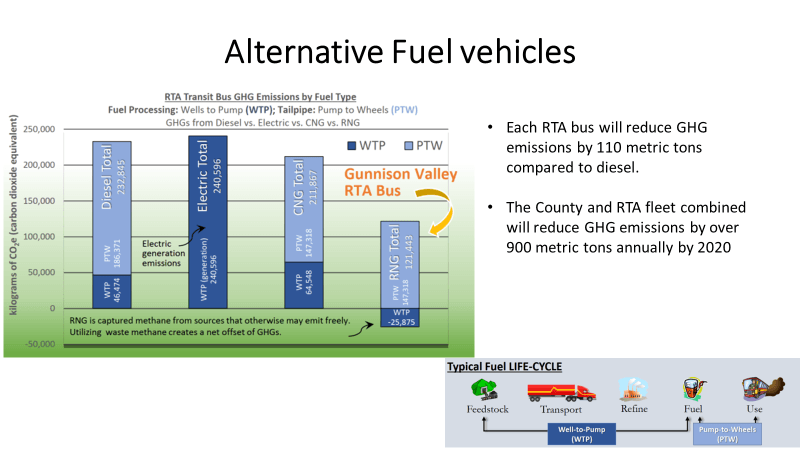 Vehicles have a relatively short useful life and as technology improves, the County and its partners will continue to consider electric and other alternatives that may replace the CNG vehicles eventually. In the meantime, the County is reducing emissions from vehicles though the use of CNG.

CPACE:
In 2017 Gunnison County opted-in to the State's Commercial Property Assessed Clean Energy (CPACE) program. This program enables building owners to finance up to 100% of energy efficiency and renewable energy projects. Projects are often cash flow positive or neutral and the loan is tied to the property, not the business. More information is available on the CPACE website by clicking here.

Energy Code:
In 2017, Gunnison County adopted the International Energy Conservation Code (IECC). According to research by the Pacific Northwest National Laboratory, homes built to meet the 2015 IECC will use 31% less energy than the average home in Gunnison County.

Gunnison Valley Climate Action Plan:
In July 2021 the County adopted the Gunnison Valley Climate Action Plan which provides a pathway to 50% emissions reduction by 2030 from the 2015 baseline. Through the One Valley Leadership Council the municipalities and other major institutions are in the process of considering adoption of the plan as well. With the One Valley Leadership Council’s adoption of the plan the Gunnison Valley will have a single comprehensive climate action plan to instigate and coordinate action to reduce greenhouse gas emissions in the valley.

Information will be updated as soon as it is available.

Below are links to various documents and information regarding plans for reducing emissions, energy efficiency, and forecasts.

This section will be updated soon with data and live information feeds.